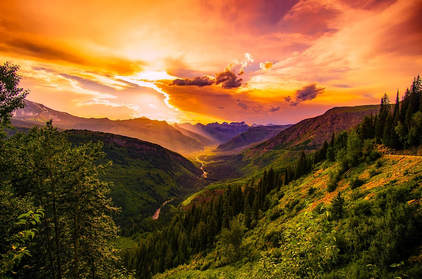 Dr. Anthony Chow, was selected and conducted the evaluation in a valid and reliable fashion utilizing a full evaluation plan, evaluation cross-walk, and evaluation logic-model.  A mixed-method approach was used to collect and analyze data using qualitative and quantitative methodology. This included the use of interviews, focus groups, survey, and site visits as well as analysis of 10-years of Montana public library statistics using Pearson-R correlation and ANOVA.

All major stakeholders were included in the sample – staff, administrative committees, librarians, and patrons. Sampling included stratified sampling intended to ensure diverse perspectives in terms of types of libraries from different regions of the state. In addition, 100 residents from each of the six federations were randomly selected and mailed a print survey. The total sample for the evaluation was 253 participants. This included interviews (n=5), focus groups (six focus groups, n=23), four site visits spanning five days in Montana (four different libraries were visited), and a community wide survey administered to the public (N=161), which was also mailed to a random sample (N=54).

In focus groups with state library staff and library directors from across the state and the statewide survey, the four main ways libraries can continue to serve the Montana community are through programming focused on life-long education and entertainment, providing technology and digital access, providing books/magazines/newspapers/information, and providing access in terms of hours/location/ease-of-use/different formats.  The State Library can best support libraries in five significant ways – Continue supporting “economically distressed” libraries whose local budgets have been recently cut while digital demand and cost continue to increase; Focus integrated support in workforce development, digital literacy, and Internet access  (librarians report these are commonly interrelated issues with patrons, especially when looking for jobs and trying to use resources); Community education and outreach – much of the community does not seem to understand what libraries can do for them; 4. Continue taking the lead in statewide resource sharing (MSC and ML2G, etc); and 5. Address concerns from some libraries about the “graying of the field” and the inability to recruit new library professionals or retain existing ones because of inadequate salaries and/or training.
Overall public library support in Montana has been consistently strong over the past ten years from 2006 to 2015. Public libraries have seen local support (library income per capita) and state support (State Income Per Capita/Per Square Mile) continue to increase. Use of public libraries has also continued to grow in certain areas. Juvenile circulation of library resources has grown annually (except for a small dip in 2013) and increased overall by 12% from 2006 to 2015. Adult circulation has fluctuated, experienced a big dip in 2013, but continues to increase largely to digital circulation. Overall total circulation has remained relatively static but with a clear shift towards digital circulation. Program offerings, consistent with national trends, have shown statistically significant increases over the past 10 years in young adult, adult, and overall programming offered; children’s programs also increased by 42% but was not statistically significant.

Library automation also experienced statistically significant growth in three areas – number of computers available, full-text online databases available, and public Internet terminals. At the same time, however, patron demand clearly also changed as the total number of computer users and annual computer usage actually dropped by 40%.  While the demand for online access continues to increase, the demand for computers appears to be decreasing rapidly. Wireless and Wired bandwidth continues to increase in importance as patrons and staff upload and download speeds continue to increase in public libraries at statistically significant levels and total Wireless Sessions have also increased significantly. All other traditional library metrics have remained relatively stable over the past 10-year period, which is significant because it does not support the general societal notion that people are using libraries less; rather, they are using them differently.

Libraries and Quality-of-Life - A high positive return-on-investment was found as more money per capita was invested in a public library. Library per capita income was found to have statistically significant positive relationships/correlations with a wide number of other library inputs and outputs: overall percent of registered borrowers, circulation per capita, collection per capita, expenditures per capita, and visits per capita. Another high positive return-on-investment was found as a main (or the only) library is open more hours. Weekly service hours of the main branch and overall weekly hours of all branches were found to have positive and statistically significant relationships with a long list of library inputs and outputs including all categories of circulation, collection, staff with MLS degree, and total visits to the library. To increase overall annual per capita visits to a public library, one should consider increasing the collection per capita, expenditures per capita, income per capita, and overall percentage of registered borrowers. While these are not causal or direct relationships there are real statistically significant and positive relationships; as one goes up so most likely will the other.

Primary Challenges and Opportunities Facing Montana Public Libraries - The primary challenges currently facing Montana libraries are funding/budgets, adequate staffing, physical accessibility, and resources. The primary opportunities are providing life-long learning programming, ensuring adequate and well-trained staff, continued partnerships and community advocacy, and marketing and outreach.  In addition, a special type of library, Tribal College Libraries, face a number of unique challenges on all fronts (e.g. financial, cultural, historical, staffing, etc.) and the State Library could help most by providing a consultant (preferably a tribal member) that helps with communication, partnerships, and collaborations between local public libraries and tribal nations; prioritize services to tribal members in public libraries; prioritize services and programming for tribal youth; and finally digitization as there are many artifacts and aspects of tribal history that are being lost. Montana librarians and patrons feel the top three ways public libraries serve the Montana community are through life-long learning programming (with an emphasis on early child and adult literacy), providing access to technology and digital access, and providing access to high quality books, magazines, newspapers, and other information.